Fingerprint identifications from images and video recovered from cell phones

Michael Whyte
Crime Scene Officer and Fingerprint Expert with over 12 years experience in Crime Scene Investigation and Latent Print Analysis. The opinions or assertions contained on this site are the private views of the author and are not to be construed as those of any professional organisation or policing body.
- Forensic Podcast -

This week we saw an excellent case of a fingerprint identification from Sarasota, Florida, where fingerprint detail was obtained from a photograph recovered from a Samsung mobile phone in a child pornography case.

The case is that of Dannie Ray Horner, 34, who was arrested earlier this year on multiple charges. A jury convicted Horner Wednesday of 26 charges, including capital sexual battery, molestation and possession and transmission of child pornography. He is facing life in prison.

As investigators sorted through the images on the phone, they had found photos of Horner and the victim; Horner’s face wasn’t in any of the child pornography images, but his hands were.

The images were forwarded to the latent print examiners at the Sheriff’s Office. Horner was already the suspect in the case so a manual comparison of his fingerprints on file were compared with the fingerprint detail seen in the photos recovered from the mobile phone. It was a match.

Assistant State Attorneys Amanda Gambert and Andrea McHugh were excited when they learned about the fingerprint match. It was extra evidence for their case and rare evidence for a child molestation and pornography case.

“I think it solidified the proof it was absolutely Dannie Horner,” Gambert told the Herald Tribune. “It eliminated the defense that someone else did that.”

This case demonstrates how valuable this type of evidence can be and how easily it can be overlooked. It took the keen eye of one of the Investigators to first identify the fingerprint detail in the photo and then relay that information to the fingerprint experts.

It should also be noted that this type of fingerprint identification isn’t just limited to digital images but can also include high definition (HD) video recorded from camera phones as well. Video footage can be paused and a still image be obtained from that footage and compared in exactly the same way as seen in the Horner case.

In fact, fingerprint identifications from photos depicting a victims hand has been commonplace in most jurisdictions in Australia for the last couple of years. In any homicide investigation, either at the crime scene or at the morgue, photographs of the victim’s hands are taken. This is standard operating procedure of any crime scene examiner and it’s purpose is to document any injuries that could have been sustained by the victim during the offence. Another purpose was soon realised that these same photographs can also be used to identify the deceased person, if they had fingerprints on record at the time. 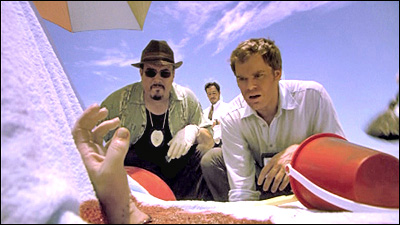 By obtaining a fingerprint identification from these photos, it can expedite the identification of the deceased to the Coroner and reduce the frequency of crime scene examiners having to attend the morgue to obtain fingerprints for this sole purpose. Expedited identification can also be paramount if the deceased’s religious beliefs require burial as soon as possible, usually within 24 hours, which is the case for muslims.

Another area where this technique can be beneficial is Disaster Victim Identification (DVI). At the scene of any mass disaster, the recovery, identification, and repatriation of human remains to investigators and the deceased’s families is paramount. Usually there is a time delay between when a deceased person or body part is located at the disaster scene to when it is examined back at the morgue. During decomposition, the body and more importantly the fingerprints, are deteriorating. Where clear fingerprint detail was initially observed on a deceased at the disaster site, back at the morgue this detail can be highly degraded or even gone, especially if the body hasn’t been kept or transported with adequate refrigeration. This exact example was seen in the aftermath of the 2004 Boxing Day Tsunami that devastated many parts of Asia, killing over 220,000 people.

So the Horner case in Florida not only shows how still images of an offenders hand can be used to secure a conviction but also highlights how fingerprint detail in any form of digital media can be used in a wide variety of investigations. Investigators should always be on the lookout for fingerprint detail and liaise with the Fingerprint Examiner’s office to determine if it is suitable for comparison.

Every day, Fingerprint Experts in every latent office across the globe examine fingermarks that they determine to fall short of an identification. Whether it...
Read more
Fingerprint News

This National Crime Information Centre (NCIC) Bayesian network is based on the statistical data of general patterns of fingerprints on the hands of 17,951,192...
Read more
Fingerprints

This video gives the fingerprint technician some ideas on how to present a Fingerprint Comparison result to the court that looks professional. To accomplish this...
Read more